Suddenly, it has passed 6 weeks and we arrived to the Demo Day!

Wednesday, November 17th, marked the culmination of two months of hard work, intensive workshops, fruitful mentoring sessions, adventurous activities, and relaxing moments – and all these were celebrated with the Demo Day event, at the Auditorium of Museu da Casa da Luz, in Funchal.

The Demo Day was hosted by Micaela Vieira, Project Manager at Startup Madeira, who shared this two-month-long story with the audience – made up by other entrepreneurs, partners, investors, stakeholders, hoteliers, airports, students, …. 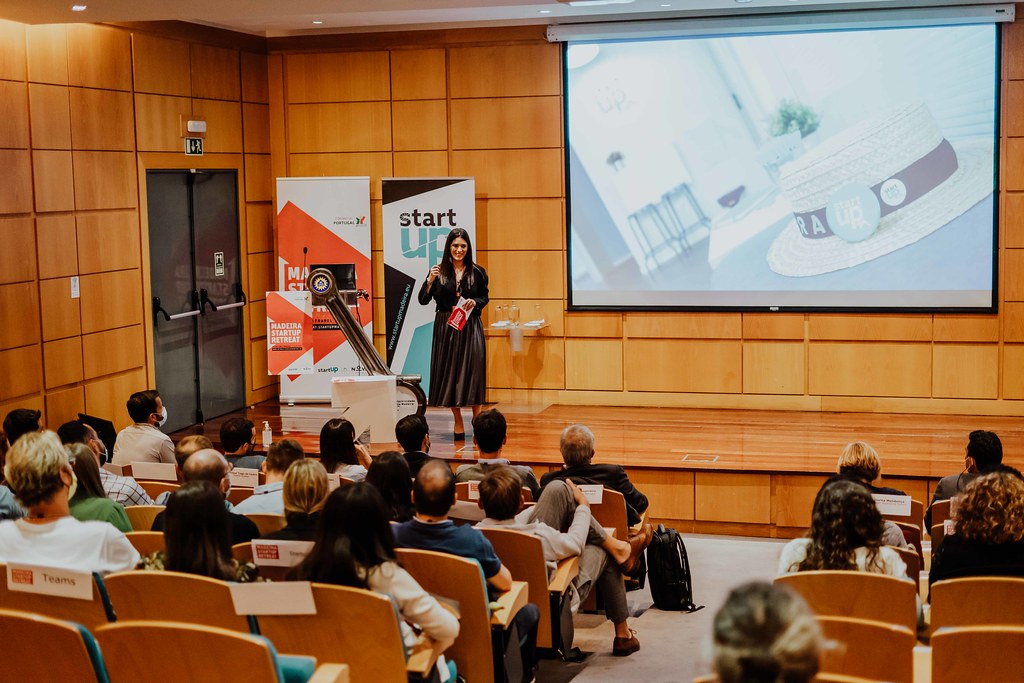 The Senior Director at Turismo de Portugal, Sérgio Guerreiro, officially opened this session. Sérgio congratulated our entrepreneurs for what was accomplished in these two months and highlighted how innovation and entrepreneurship have put Portugal on the world map.

The Director shared the difficulties encountered with the pandemic but, highlighted the challenge that the industry had, and still has, with Mass Tourism. 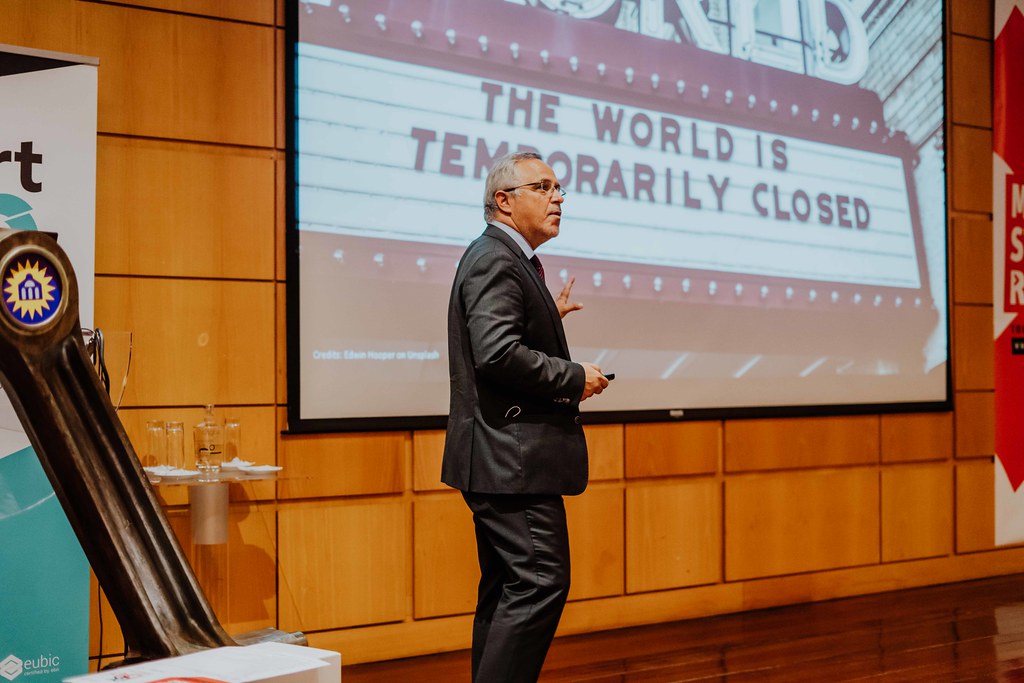 Each one had their spotlight on stage for seven minutes! They shared their story and pitched about the why, what, and how of their service/ product. 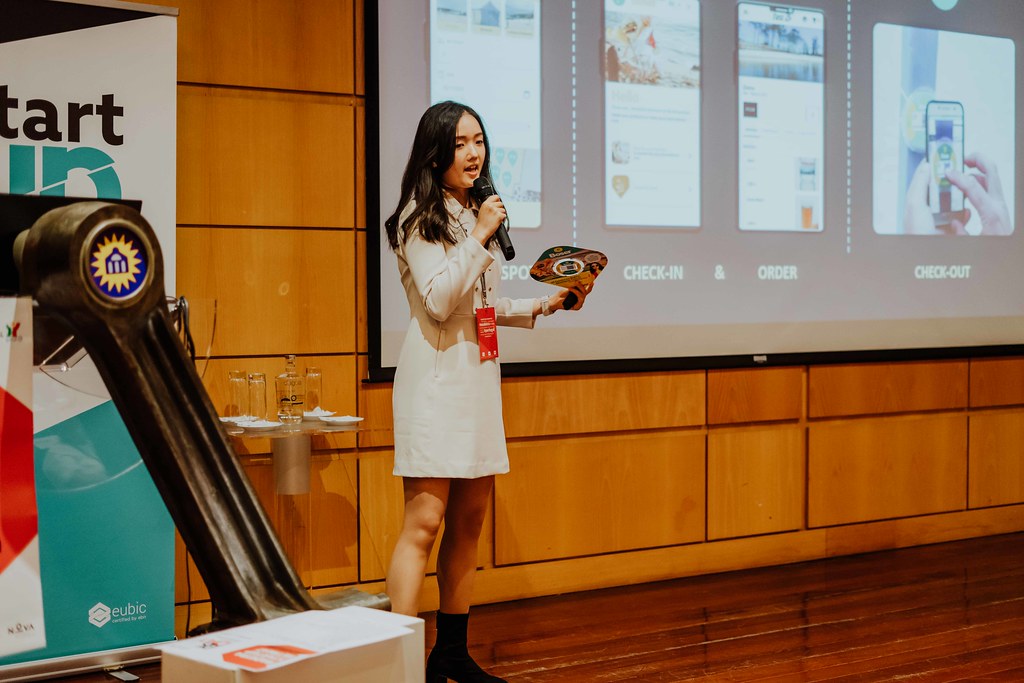 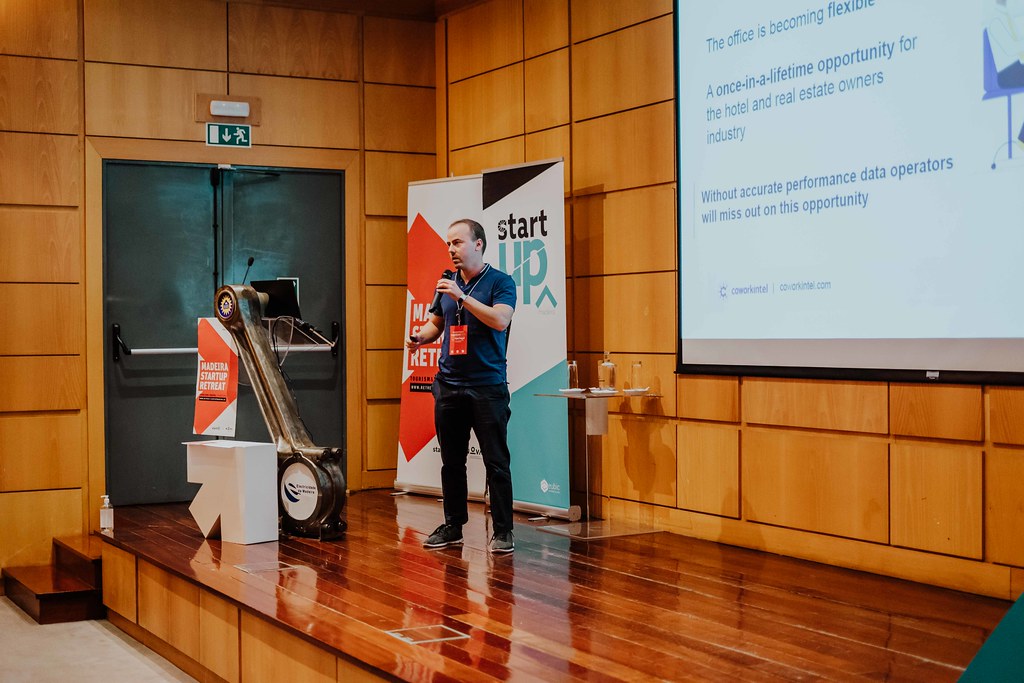 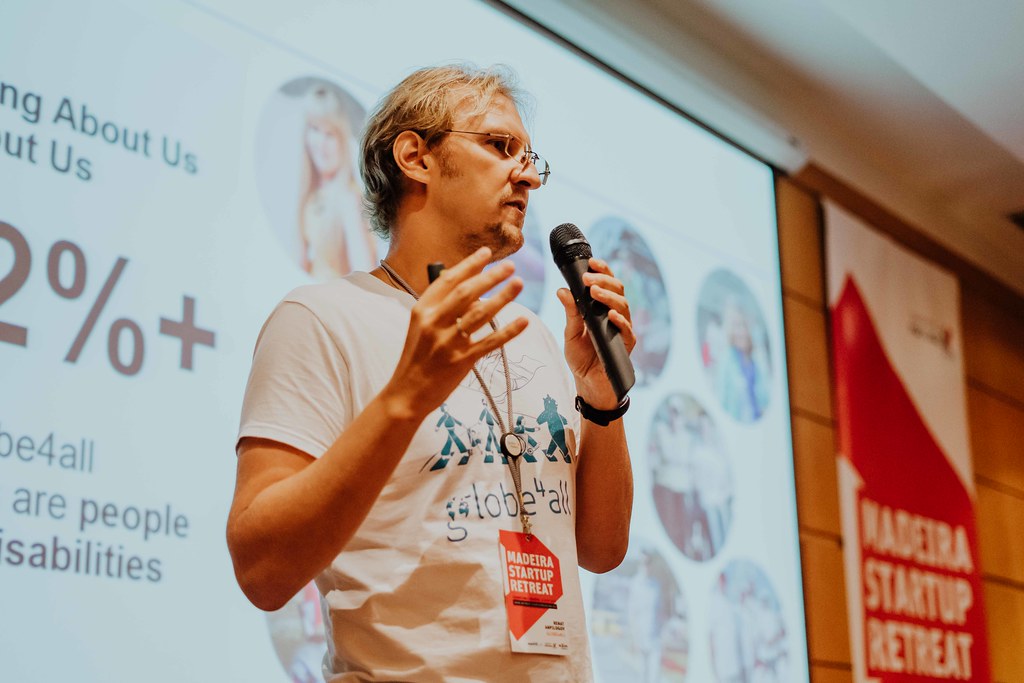 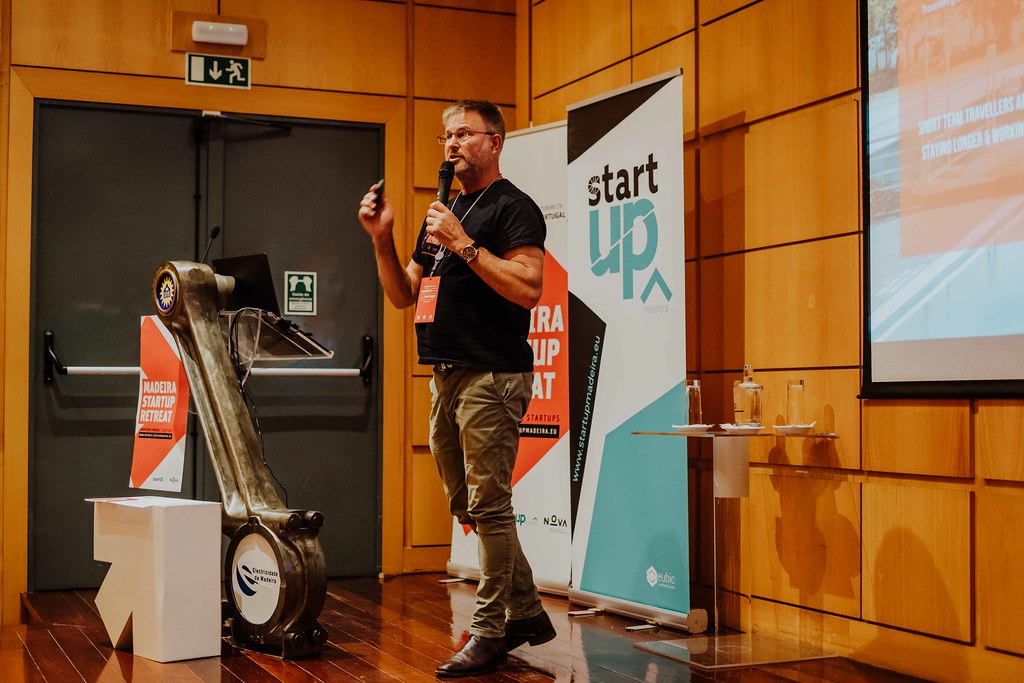 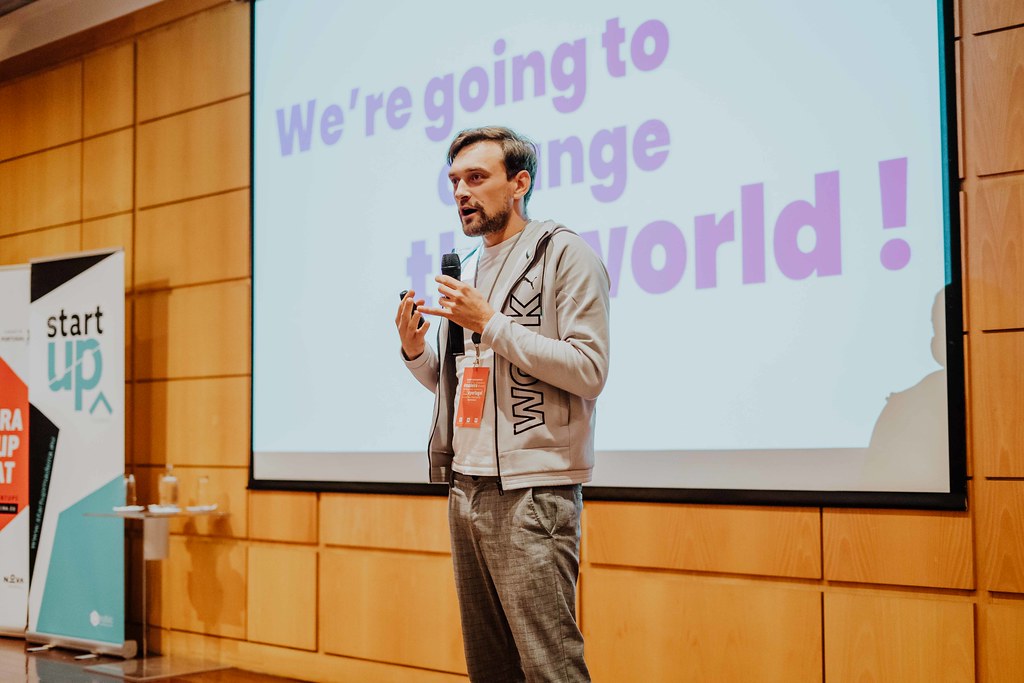 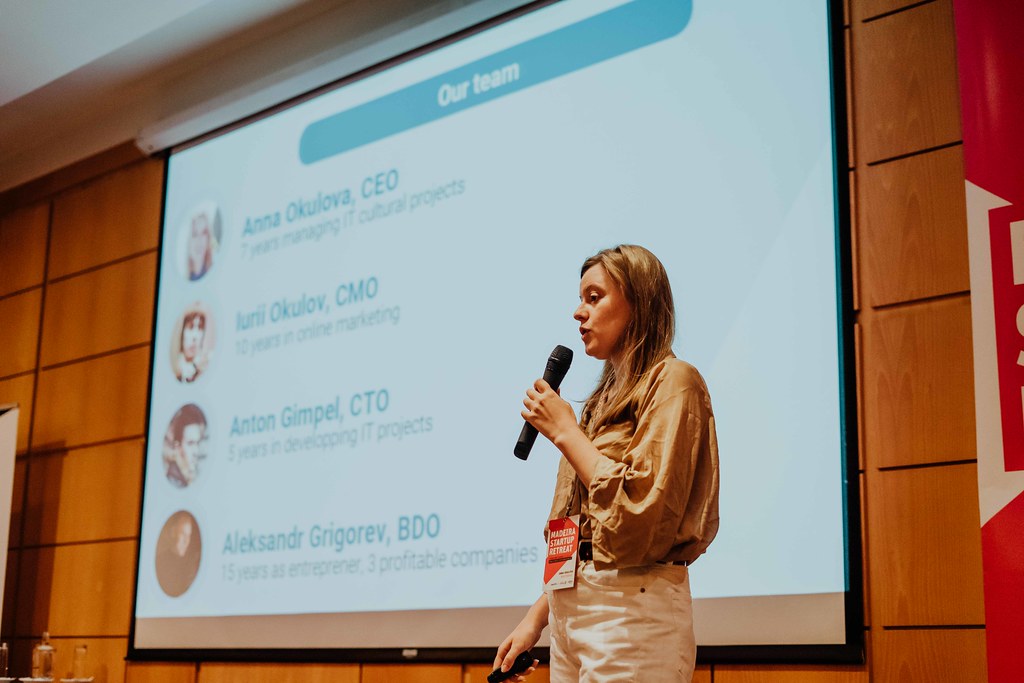 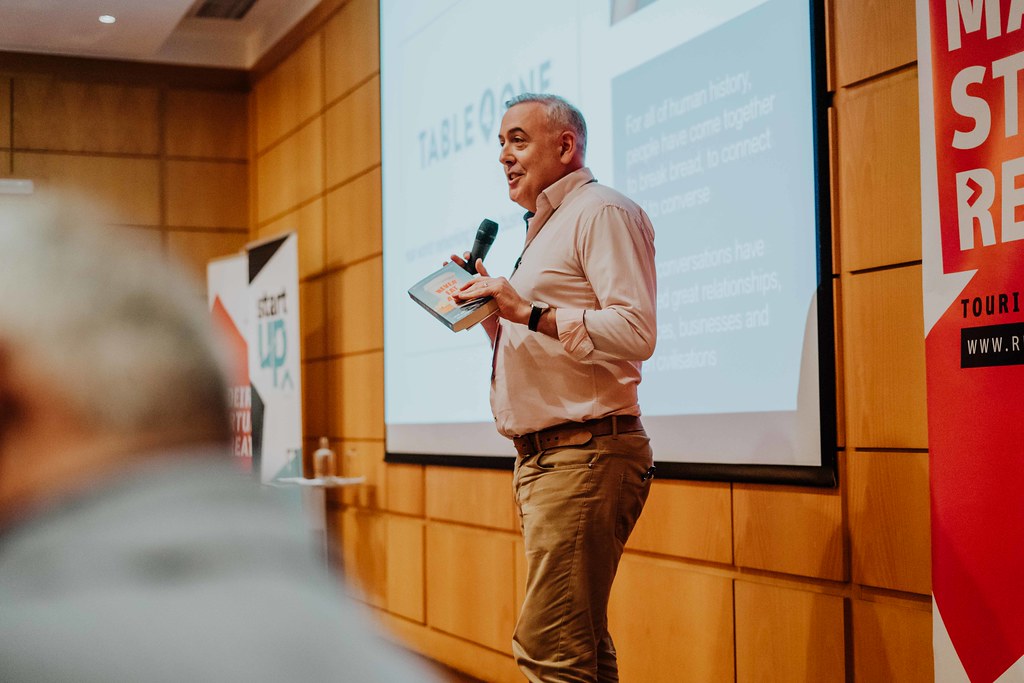 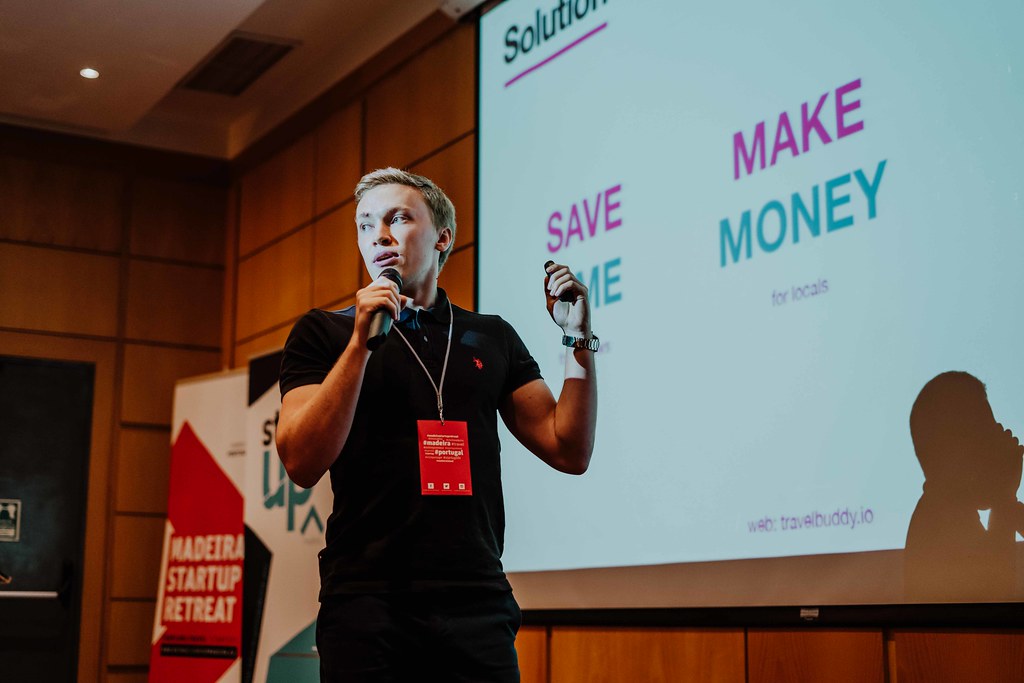 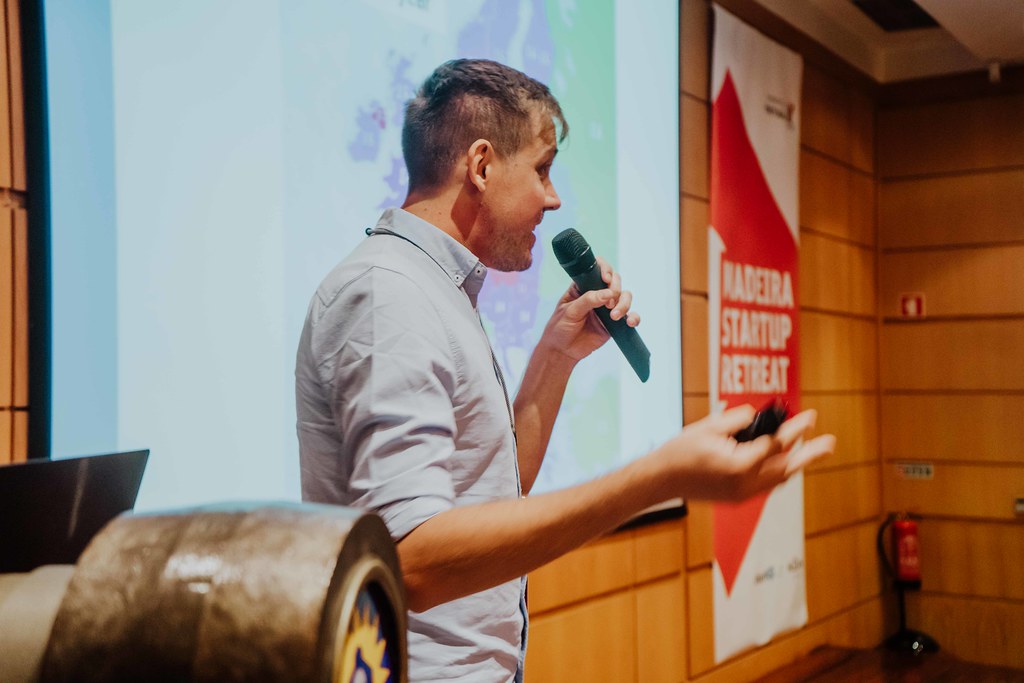 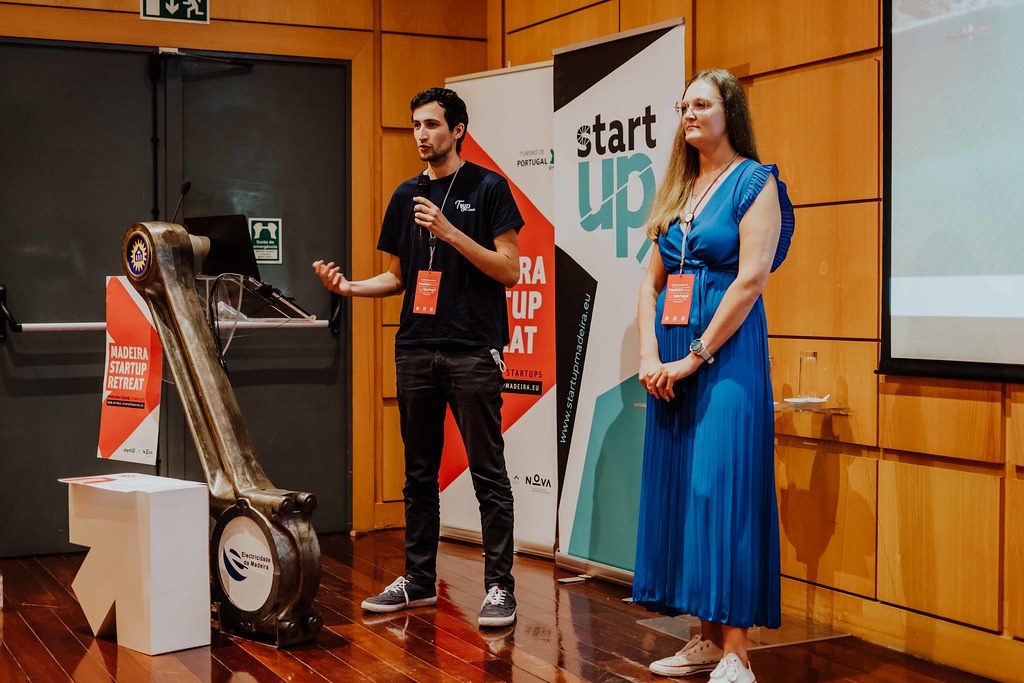 In the between of the pitch presentations, we had the pleasure for the first time, to welcome the President of the Regional Government of Madeira, Miguel Albuquerque. The President said that Madeira has all the conditions to assert itself as a technological hub, not only nationally, but also internationally.

The Head of Government reiterated that the Region is in an accelerated transition to the digital economy, either due to the attractiveness and growth of technology based in Madeira, or because of the public sector’s commitment to the digitalization of education, implementation of startups carried out by Startup Madeira.

Albuquerque recalled that in 2019 the turnover of technology companies reached 211 million euros, adding that even in 2020, despite the pandemic, there was a growth of companies in the sector.

“These are companies that from Madeira work for the whole world, with great added value”. 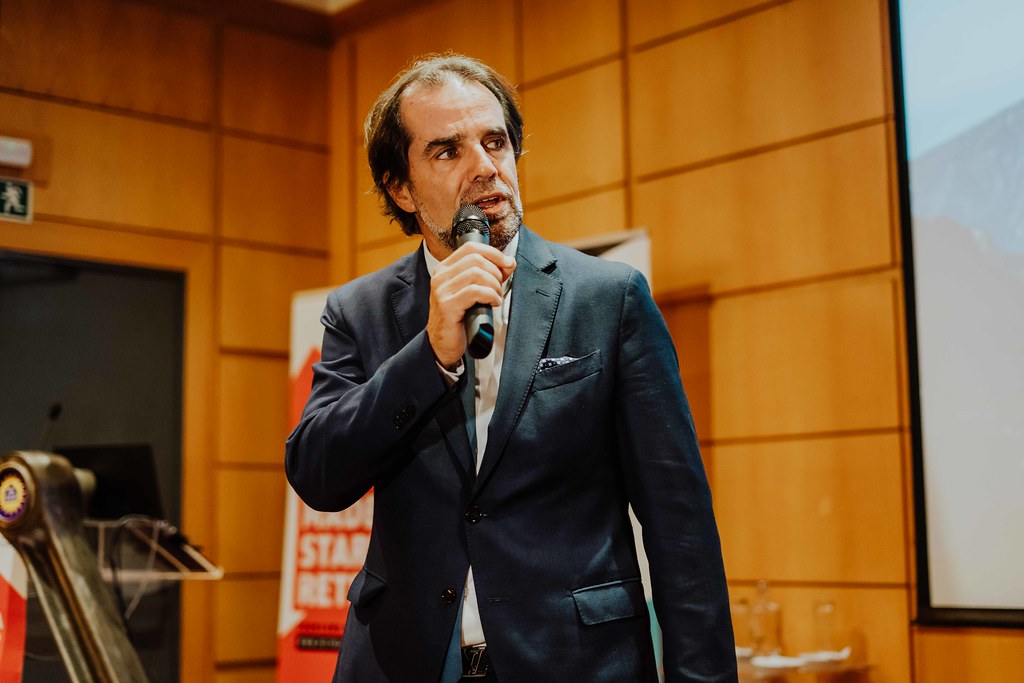 After a break for a coffee and networking time, the session kept on as Micaela welcomed each guest speaker to the stage to share their expertise and inspire the international entrepreneurs.

João Freitas, Director of Growth & Partnerships at Host Hotel Systems talked about how to improve Business, Grow them and the importance of Marketing. 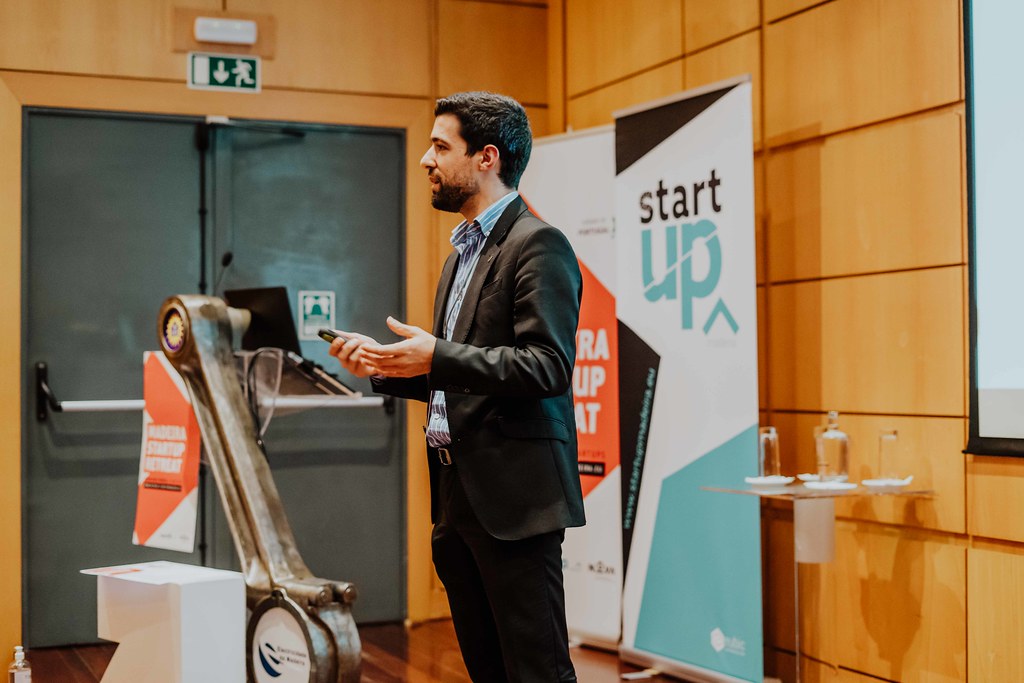 Kate Wolfenden, Co-Founder at 103 Ventures talked about Sustainability Solutions with Digital Bridges, the aim is to build a sustainable future by enhancing connectivity around the world, creating economic growth, preserving natural resources, and improving the community. 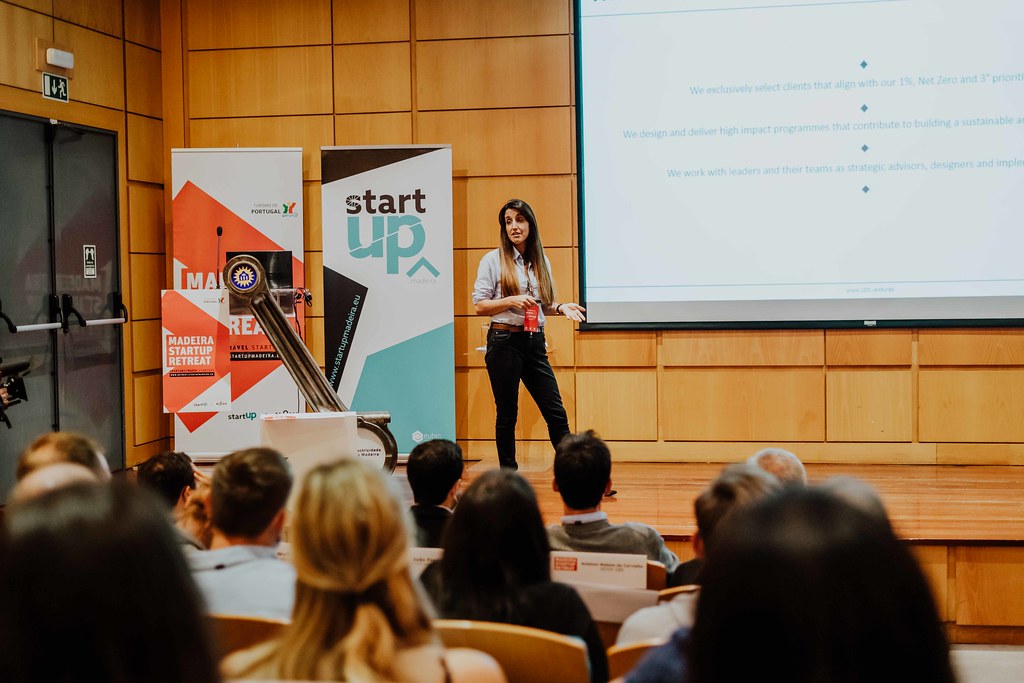 Henrique Tiago de Castro, General Manager at MAMA Shelter talked about Irreverent Hotels VS Classic Hotels, and the importance of having more than one choice. Henrique explained that MAMA is more than a chain of hotels, that it is a way of living. 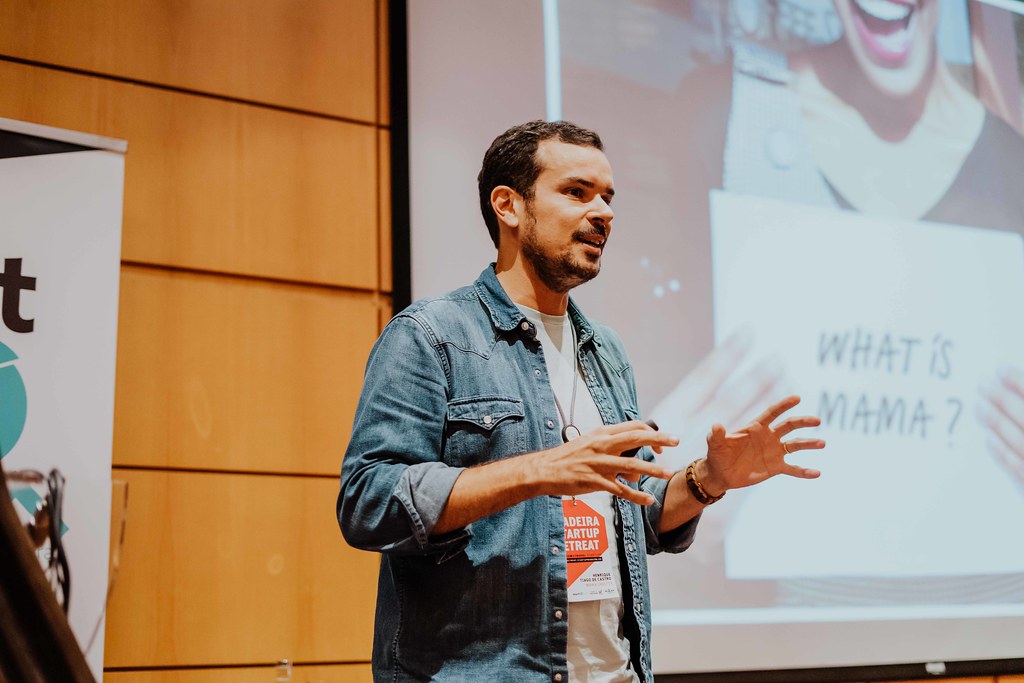 The closing session was given by António Nabais de Carvalho, Coordinator at Haddad Entrepreneurship Institute that congratulated our entrepreneurs for what was accomplished in these two months, and also talked about the challenges that the Future Innovation will have. 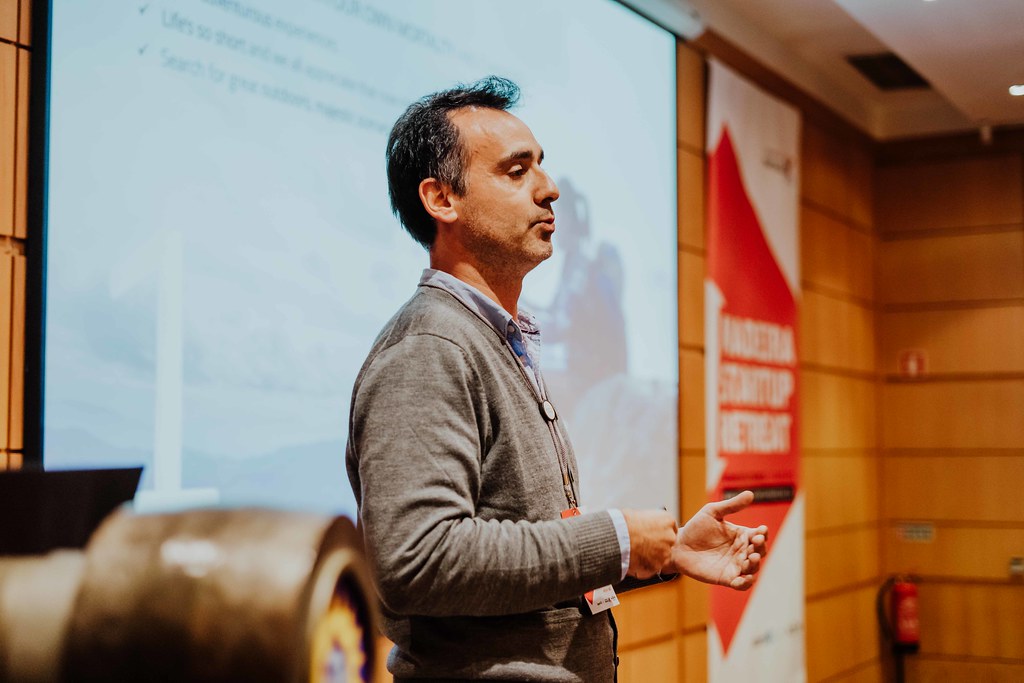 This amazing and exciting day ended with a diner, in a place that gave us support during some networking moments of the Retreat: Café do Museu.

>Don’t forget to check out all of Madeira Startup Retreat photos HERE.